Send us an Email

Dr. Goodine grew up in Plaster Rock, New Brunswick and now lives in Halifax. He attended Dalhousie University in 1974, and completed two years of a BSc before being accepted into the Faculty of Dentistry in 1976. Upon acceptance he was awarded the Dalhousie Dentistry Entry Scholarship. He graduated from Dentistry in 1980. During his four years at Dalhousie he was part of many intramural sports teams, served for two years as the President of the Dalhousie Dentistry Students Society, and won an award for Oral Diagnosis in his fourth year.

After graduation, Dr. Goodine went into practice in Halifax as an Associate. Two years later, he moved his practice to Dartmouth to join forces with Dr. Melanson, where they formed the Alderney Dental Group. They’ve been at their present location ever since. Dartmouth was the perfect location for a practice - the small-town friendly feeling suited both dentists’ personalities.

An avid sports fan, Dr. Goodine spends his spare time golfing, curling, and cycling. He has two grown children: his daughter is in the medical field and his son is in business. He says that for him, dentistry was the right choice because it lets him be his own boss, work with his hands, and build close relationships with an interesting and diverse group of people. 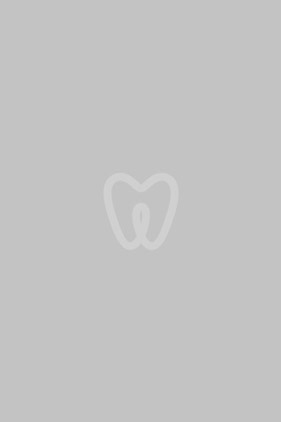 "Dr Melanson is great as are the dental hygenists & receptionists. 5 stars every time with no fails. Recommend." -- Jayson T.

"I have been going to Dr. Goodine for 25 yrs and would not go elsewhere! The care and kindness I have received from the entire team could not be beat!" -- Kimberly B.

“Dr. Sharma is incredible! She is thoughtful, caring and has a great attitude. Replaced a whole quadrant of my tooth in less than 20 mins! No pain and a few laughs. Highly Recommended.” -- Patient Review

Dental websites and patient education videos by Optio Publishing
Photographs are being used for illustrative purposes only and any person depicted in the content is a model.